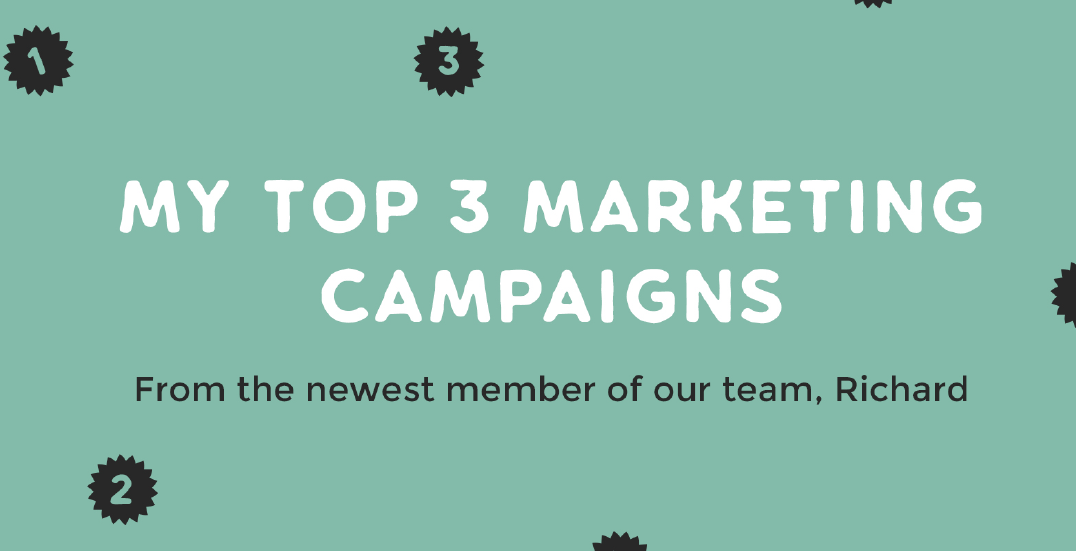 My Top 3 Marketing Campaigns of All time

Ever since I was young I have fallen in love with the world of advertising and marketing campaigns. For me, the creative ways that brands communicate their messages to the world is something special. The ways that the concepts, the messages, the delivery and the strategy work together truly fascinate me. There are so many iconic and amazing campaigns that I have witnessed in my lifetime, but that list is far too long to go into. So here’s a list of my top three marketing campaigns.

Nike: Just Do It 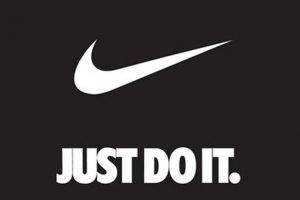 The famous strapline, Just Do It, has remained at the core of Nike campaigns since Wieden & Kennedy gave birth to it in Portland, Oregon in 1988.

With ‘Just Do It’, Nike not only created a campaign, but a culture and a personal brand that became iconic. It was empathetic research at its finest; tapping into the mind and the soul of the consumer and understanding what motivates them.

Its simplicity and bluntness was innovative, powerful, and inspirational. It’s those three simple words that everyone says to themselves when they have some sort of obstacle to overcome; a phrase that doesn’t just apply to sports, but life. Moreover, Nike understood the role of fitness in people’s lives and the real-life emotions attached to physical activity which allowed the phrase to resonate so deeply with their consumers regardless of gender, age or sporting prowess.

Nike tapped into the mind of their consumer

The Just Do It campaign is a great example of a ‘deep’ campaign that established a foundational culture within the company and industry. It became so heavily rooted within Nike’s core and so globally iconic that I believe will remain there for many years to come.

Here’s one of Nike’s more recent iterations of the message, and it’s an inspiring one.

In 2007 Cadbury was faced with their Salmonella scare and, after recalling more than a million chocolate bars from the previous year, they were looking to bounce back with a campaign that could make an impact in a challenging chocolate industry. Not exactly the time for a risky campaign idea.

However, that’s exactly what Cadbury did with ‘Gorilla’, an ad that involved an actor dressed in a gorilla costume playing the drums to Phil Collins’ ‘In the Air Tonight’ for 90 seconds. No chocolate, no nothing, just a gorilla playing the drums.

The Director of Marketing at the time, Phil Rumbol, wanted a campaign idea that made chocolate fun again. The industry had become very serious and formal and Rumbol believed that chocolate should make people feel good. That was the simple concept behind Gorilla; eating Cadbury chocolate makes you feel good.

It was this attempt at establishing an emotional connection with the consumer that catalysed the message. They wanted to evoke emotion with the viewer and make them feel something that would associate Cadbury with that ‘good’ feeling. At first glance, the idea looks completely random, but if you watch closely you can see there’s a method to the madness. The image of the Gorilla playing the drums was mesmerising and created a powerful emotional understanding that was reciprocated with the audience. Its that feeling you get when you are about to do something epic.

They were really trying to create a positive feeling with this ad, and as a result, they had overwhelmingly positive response from the public. The ad went viral, was watched by millions on YouTube, parodied by countless celebrities and celebrated worldwide.

This one ad got everybody talking about Cadbury and ultimately tripled the return on their investment. It was unlike anything else at the time and shows the power and importance of creating excellent content when delivering marketing campaigns. This was definitely one for the history books. 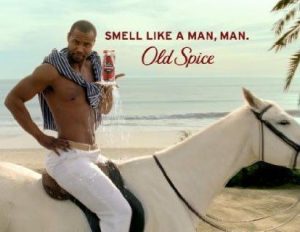 Wieden & Kennedy had success once more with Old Spice’s ‘Smell like a Man, Man’ campaign in 2010. The campaign transformed a neglected body wash brand into an overnight viral success, smashing 5.9 million YouTube views on its first day of release.

The Smell Like a Man, Man campaign, also referred to as ‘The Man Your Man Could Smell Like’ is a great example of viral social media marketing and of effective market analysis and research. Old Spice understood that more than 50% of women bought bodywash products and so they created an ad that addressed that audience, but that put an extreme emphasis on masculinity. They also understood that the average attention span was diminishing, particularly with younger audiences, and so they devised a short, energetic and entertaining commercial that grabbed the viewers’ attention from the very first second, leaving them confused and wanting more. The concept was so unexpected and crazy, that it made viewers want to take a second look.

What I loved about it most was the effort that Old Spice went to in order to develop a relationship with their consumers through each video. Each commercial felt like they were trying to out-do the previous one. From hiring Isaiah Mustafa to Terry Crews, they put maximum effort into making each one more interesting and wacky than the last, all for the pleasure and experience of the viewer.

The campaign’s aim was to get people talking about Old Spice, and that’s exactly what people did. Old Spice utilised various platforms including YouTube, Facebook, Twitter and TV in order of drive word-of-mouth marketing; an effective pull strategy in this case.

The combination of its unique visual message, and utilisation of social media platforms, allowed it to connect with the younger audience that had distanced themselves from traditional forms of advertising. It also entertained millions of people in the process.

View the original ad below:

Are you a brand or a company that’s looking for help to create an exciting new marketing campaign? We can provide marketing strategies to help you improve your company performance across various channels and executions. Get in touch to find out more! 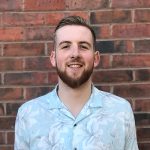