Development of a series of animations to help the Chartered Governance Institute to promote their range of courses and qualifications for individuals seeking a career or training in the realm of professional governance. 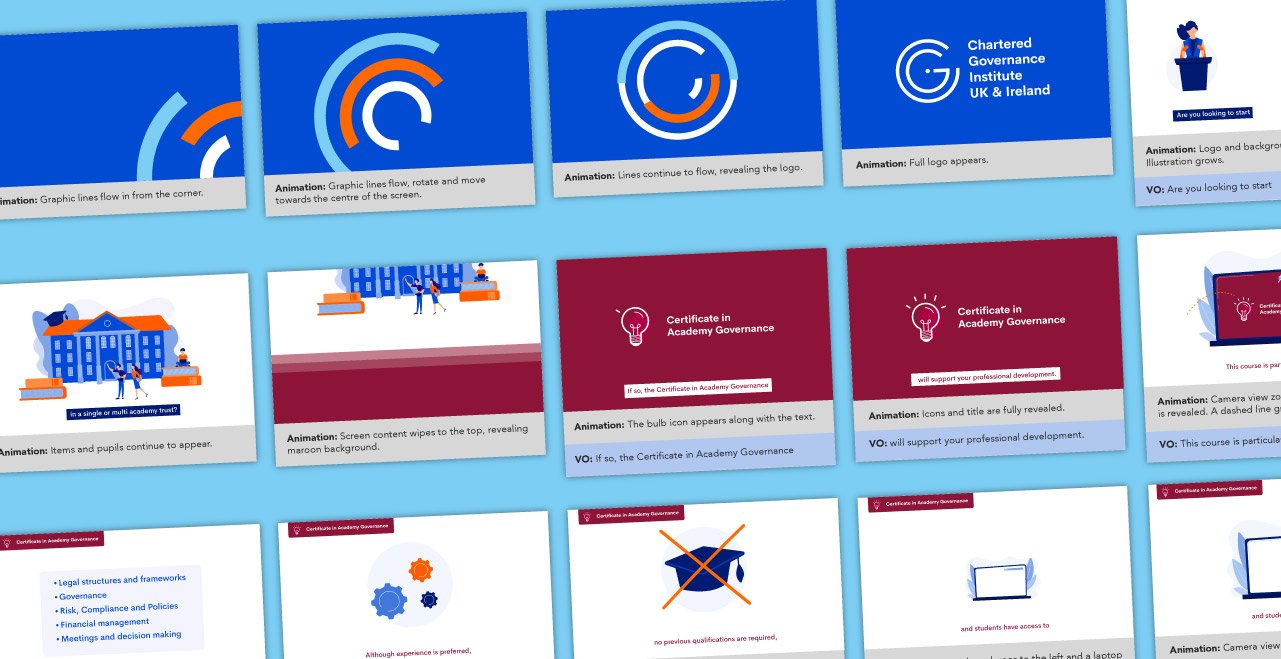 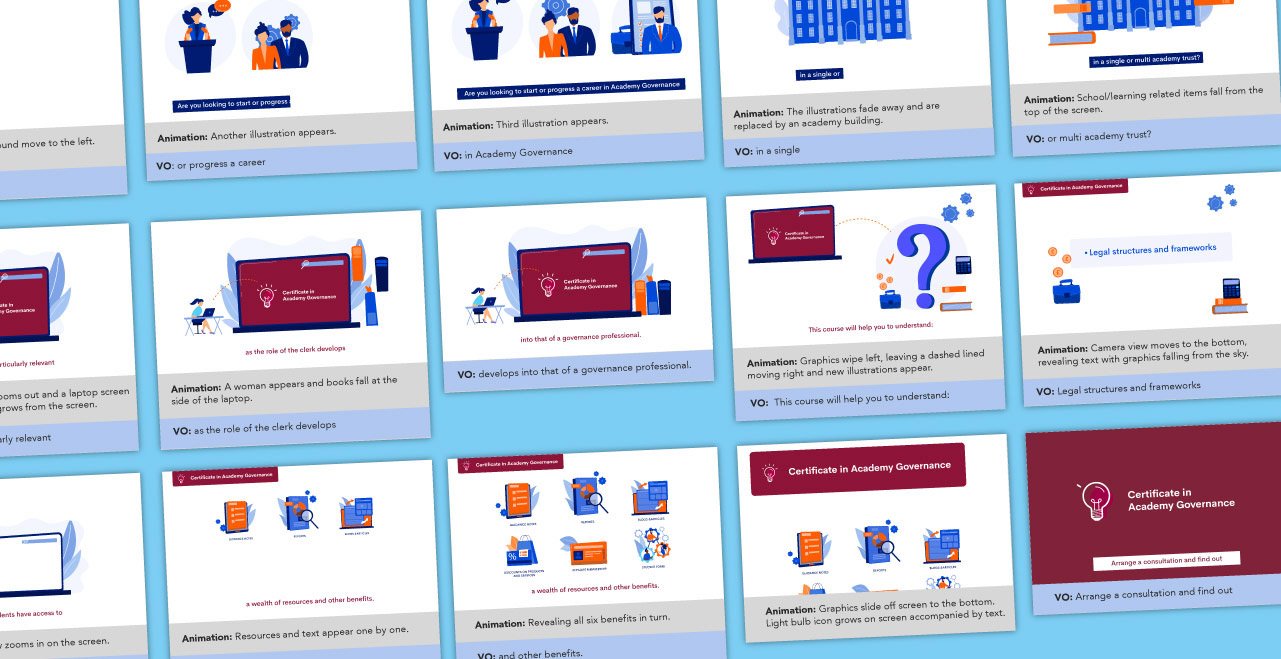 The Cha Governance Institute UK & Ireland started life in 1891 representing the interests of the emerging profession of corporation secretaries in Victorian England.

130 years later, the institute has undergone a variety of name changes and now appeals to a much broader audience, but the principles of ensuring professionals adhere to god governance in the running of organisations still remains.

As part of a rebrand, the Institute wanted to take the opportunity to highlight the wide range of qualifications they offer and Workshop was tasked to create a series of eight animations to do so.

From scriptwriting, concepting, storyboarding, animation and recoding of the voice over, the whole process was handled by our content team in house in a tight timescale to fit the launch of the new brand. 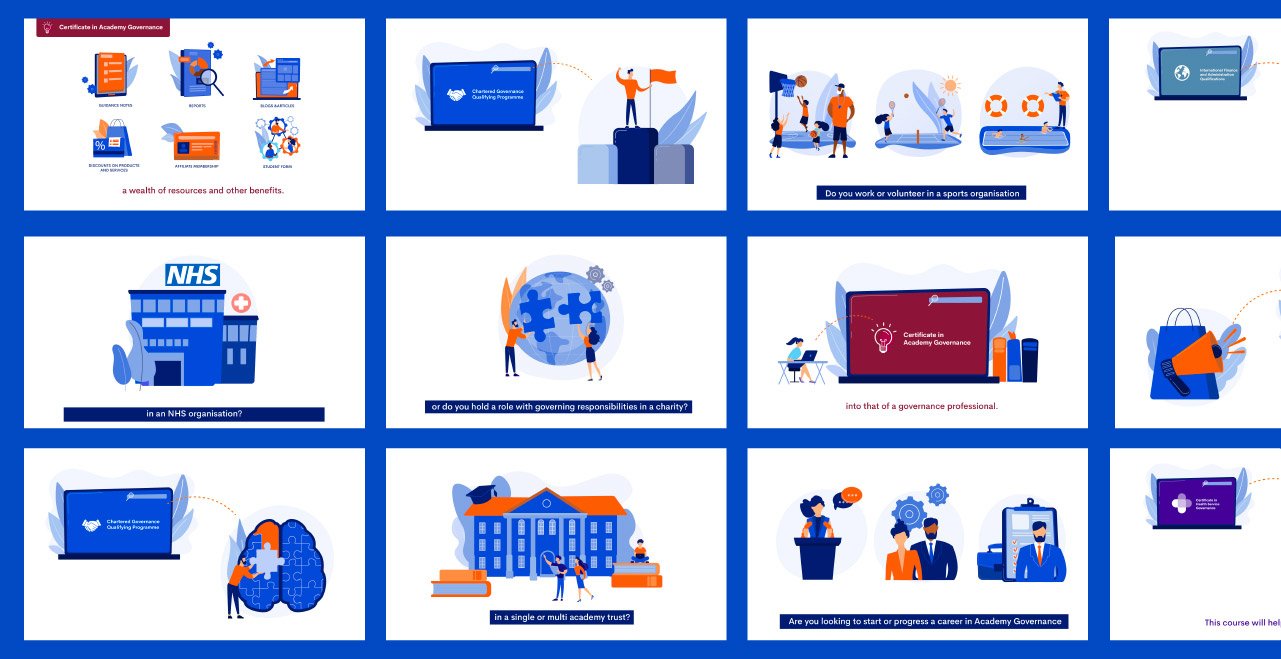 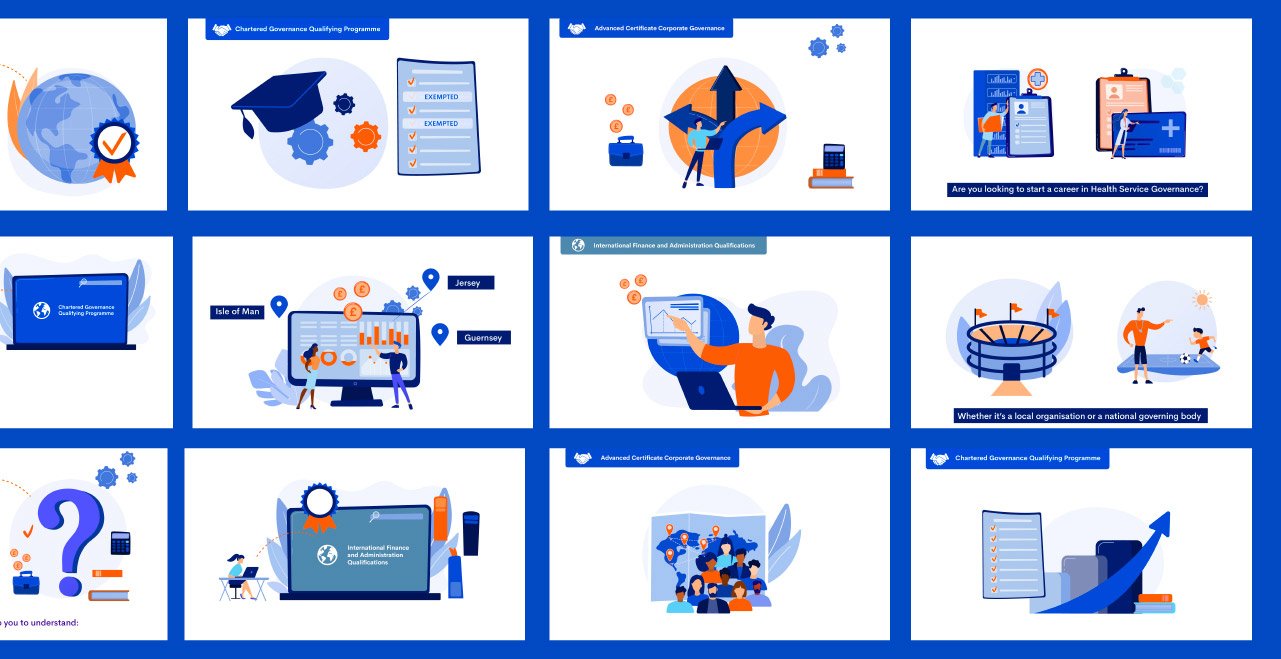 I have worked with Workshop in the past, and was happy to be able to engage them again to work on a new video project. They were helpful from day one, responded well to feedback and were a genuine pleasure to work with. They helped us take complicated concepts and turn them in to short explainer videos that look really professional, make sense and are on brand. The video outputs were high quality and have received praise from even the most discerning audiences. We can’t thank them enough, and I hope to work with them again in future. Kristen Harding, Head Of Marketing

GOT A PROJECT YOU NEED HELP WITH?